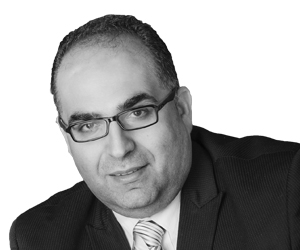 Marios Tannousis, Deputy Director General, Invest Cyprus
Marios Tannousis holds the post of Deputy Director General at Invest Cyprus. He has more than twenty four yearsof international corporate experience, with twelve years in the international banking and financial services groupSociete Generale, where he served at various key posts. He is a Member of the Board of the European Fund andAsset Management Association (EFAMA) as well as the Cyprus Investment Funds Association (CIFA). He alsoserved as President of the Cyprus Finance & Leasing Association and Board Member in various other organizationsand bodies. He is a Member of the Chartered Institute for Securities and Investment (CISI) and holds a Bachelor'sdegree in Economics from Rutgers University, NJ, USA and an MBA from Mankato State University (MSU), MN,USA. He is also Certified for offering investment services and has a special interest in Economic Developmentthrough Investments especially in Banking, Financial Services and Investment Funds. He represents Cyprus invarious international and European Conferences. 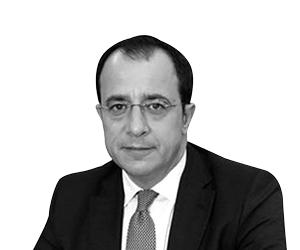 Nikos Christodoulides, Minister of Foreign Affairs, Republic of Cyprus
Nikos Christodoulides holds a Bachelor of Arts in Political Science, Economics, Byzantine and Modern GreekStudies from City University of New York, Queens College, with postgraduate studies in Political Science at NewYork University and Diplomatic Studies at the University of Malta. He holds a doctorate from the Department ofPolitical Science and Public Administration of the University of Athens. He was a career diplomat between 1999 and 2013. During this time he served as Director of the Office of the Minister of Foreign Affairs, Spokesperson ofthe Cyprus Presidency of the Council of the EU in Brussels, Deputy Chief of Mission at the Embassy of Cyprus inGreece, Director of the Office of the Permanent Secretary of the Ministry of Foreign Affairs, and Consul General at the High Commission of the Republic of Cyprus in the United Kingdom. Prior to his appointment as Ministerof Foreign Affairs on 1 March 2018, he served as Director of the Diplomatic Office of the President of the Republicof Cyprus (2013-2018) and Government Spokesman (2014-2018). He was a Lecturer and Research Associate at the Department of History and Archeology of the University of Cyprus between 2007 and 2010. He is the authorof two books, Plans for Solution of the Cyprus Problem 1948-1978 (2009) and Relations between Athens and Nicosia and the Cyprus Problem, 1977-1988 (2013). 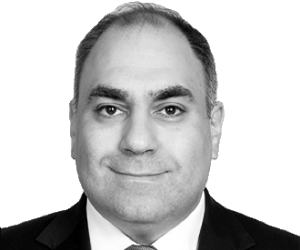 H.E. Mr. Stavros Avgoustides, Ambassador of the Republic of Cyprus to the Kingdom of Saudi Arabia
Stavros Avgoustides is a career diplomat, serving in the Ministry of Foreign Affairs of the Republic ofCyprus since 1998. On October 23rd 2019, Mr. Avgoustides presented his letter of credence, as AmbassadorExtraordinary and Plenipotentiary of the Republic of Cyprus to the Kingdom of Saudi Arabia, to the Custodianof the Two Holy Mosques, King Salman Bin Abdulaziz Al Saud. Mr. Avgoustides previously served inseveral Diplomatic Missions of the Republic of Cyprus: As Deputy Head of Mission/ Consul in Damascus,Syria (1999-2001); as Consul in Athens, Greece (2002-2006); as Chargé d' Affaires in Sofia, Bulgaria (2006-2009); and as General Consul in Toronto, Canada (2009-2011). In his first term as an Ambassador of theRepublic of Cyprus to the Republic of Bulgaria (2014-2018), Ambassador Avgoustides was bestowed byH.E. the President of the Republic of Bulgaria with the Order of the Madara Horseman - First Class, forhis significant contribution to the establishment, strengthening and development of bilateral relationsbetween Cyprus and Bulgaria, as well as, his efforts and support in raising awareness and funds for localand international charity organizations assisting children in Bulgaria. During Cyprus' first Presidency ofthe European Council (2012), Mr. Avgoustides successfully chaired the European Council’s Working Groupon Consular Affairs (COCON). At the Ministry of Foreign Affairs in Nicosia, he served in both the Protocoland Consular Affairs Divisions (1998-1999 and 2011-2014); in the EU Affairs Division (2001-2002) and in theMiddle East and Africa Division, where he served as Head of the Middle East Department (2018 – 2019). 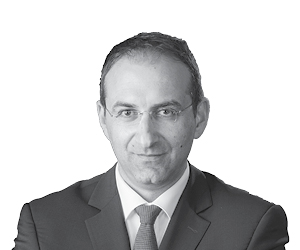 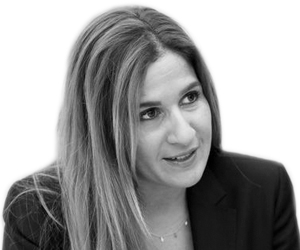 Maria Clappa, Partner, Tassos Papadopoulos & Associates LLC
Maria joined the firm in 2013 and became a Partner in 2016. Starting her career in the financial services industry as an in-house lawyer, she was later appointed the head of the legal, secretarial and compliancedepartment at one of the largest financial groups in Cyprus. In 2011, she took over as head of fiduciaryservices at a fiduciary service provider in Cyprus. Currently, her practice at the firm is focused on privateinvestments, joint ventures, property acquisitions and developments, immigration law and corporate affairs. She also has expertise in matters such as the formation, licensing and ongoing compliance of AlternativeInvestment Funds, CIFs and other entities and activities in the sphere of financial services. She is alsoregistered as a Certified Person on the Cyprus Securities and Exchange Commission. Maria has contributed articles to various publications on Investments and Business in Cyprus, Cypriot immigration Law. She has an LLB from the University of North London (1998) and was admitted to the Cyprus Bar the following year.She also holds an LLM in Venture Capital from the University of Westminster (2000). 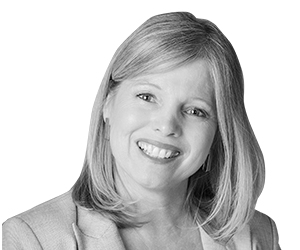 Anja Arsalides, Investment Promotion Officer, Invest Cyprus
Anja Arsalides joined Invest Cyprus in 2010. During her career path, she has gained broad experiencein the field of business development and international client relations, while promoting the country inall key sectors of the Economy. Prior to this, she has worked in the USA, including the Financial Sectorat Bank of America’s corporate banking division in Dallas, Texas. Another important career milestoneincluded the German Futures & Options Exchange in Frankfurt, where she was part of the marketsurveillance team overseeing regulations and supporting the exchange members. 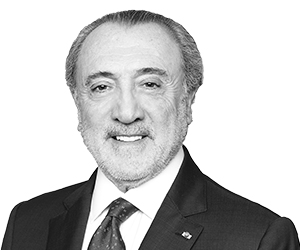 Dr. Shadi Karam, Chairman of the Board of Directors– Independent Director, Astrobank
Dr. Shadi A. Karam is a graduate of the American University of Beirut, Columbia University and Harvard University, USA. He was Vice-President of Merrill Lynch s.a.m. in Monaco. He has served as Chairman and Managing Director (CEO) of several companies in various sectors ranging from textiles and apparel to metallurgic industries, hotels, real estate development, financial companies, private equity and commercial banks, in various European countries, GCC countries and in Lebanon. He was Chairman and General Manager of BLC Bank, Lebanon (2002-2008), Chairman of BLC Bank, France (2002-2009). He was Senior Economic Advisor to the President of the Republic of Lebanon, General Michel Sleiman for the duration of his term (May 2008 to May 2014) and Senior Advisor to the Prime Minister of Lebanon, Mr. Tammam Salam (May 2014 to November 2016). He is the Vice Chairman of the International Chamber of Commerce in Lebanon. He holds several decorations from various countries. 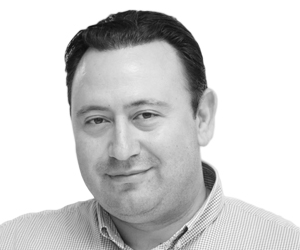 Tony Hadjiloucas, Partner, In charge of Private Wealth Services, PwC Cyprus
Tony Hadjiloucas is in charge of Private Wealth Services at PwC Cyprus. He advises wealthy individuals and families from around the world on protecting, managing and growing their wealth. Areas of focus include family office services, economic citizenship, residency and domicile, trust, estate and succession planning, family governance, support with management of liquid assets investment portfolios, personal and business Intellectual Property (IP), M&A and philanthropy. Tony has around 25 years financial advisory experience with PwC in three countries, including around 10 years in London, where he headed a group providing valuation and strategy advice.  He has served for many years on the core faculty of the United Nations' World Intellectual Property Organization and authored several thought leadership pieces. Tony has been a visiting lecturer at several universities, including Imperial College and London Business School in the UK and Kellogg School of Management in the US. Tony has provided expert witness testimony at a number of international courts on financial matters. 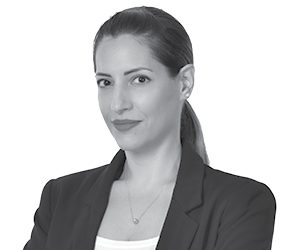 Nanette Kalava, Partner – Corporate & Commercial Department, Kinanis LLC
Nanette Kalava is a Partner at Kinanis LLC and heads the Corporate and Commercial Department of the firm. Before joining Kinanis LLC in 2007 she was employed by two of the Big Four accounting firms in Greece and Cyprus where she gained valuable experience on international taxation consulting. Her main areas ofpractice are Corporate and Commercial Law, Banking and Finance, Mergers and Acquisitions, Corporate Reorganisations, Trusts and Estate Planning offering legal advice to a broad range of international clientsas well as international law firms on Cyprus Law matters. Nanette has extensive experience in the settingup of Cyprus International Trusts and has also participated as panel speaker on Succession Planning inthe China Offshore Summit held in Shanghai. She has an Undergraduate degree (B.Sc.) in Economics and Politics from University of Bristol, UK, a Graduate Diploma in Law (PGDL) from BPP Law School, UKand a Master’s Degree (M.Sc.) in Law and Accounting from the London School of Economics and Political Science, UK. Nanette is also a Certified Trainer of Vocational Training accredited by the Human ResourceDevelopment Authority in Cyprus. 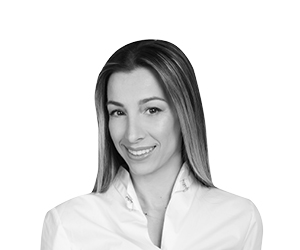 Charis Kynigou, Head of Private Banking, AstroBank
Charis Kynigou started her career in Athens at an information provider firm, Moneyline Telerate S.A, asan Account Executive. After that, in 2005 she entered into Private Banking, with Citibank International plcas a Relationship Manager to Citigold. She then joined the Piraeus Bank Group as a Senior RelationshipManager for Private Banking/Wealth Management, managing Private Wealth Portfolios. In 2010 PiraeusWealth Management entered into a Joint Venture with BNP Paribas Wealth Management S.A and then shejoined BNP PARIBAS Suisse S.A as the Head of International Partnership Desk, serving Greek Clients inZurich. She was mainly in charge of the Greek and Cypriot desk in Zurich. In February 2015 she movedback to Cyprus after 19 years of International Experience, at Piraeus Bank Group as Head of PiraeusPrivate Banking. She holds a Degree in Economics from Athens University of Economics and Business(ASOEE) and an MSc in Financial Economics from Cardiff University. Charis Kynigou is also a member ofthe Cyprus Stock Exchange Council, member of Cifa Wealth Management Committee and Chairwoman ofthe CSE Pension Fund. 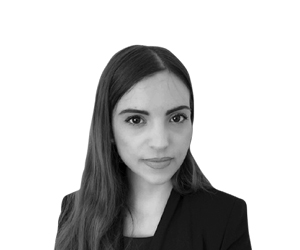